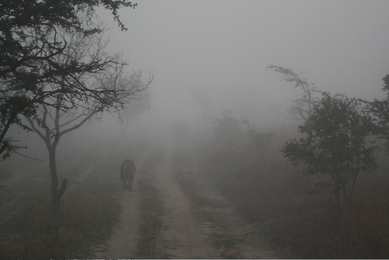 A shape-shifting phantom terrorized this area in the middle of the 19th-century. Named for the old crossroads town of Ridgeway, the ghost took the form of a headless man, an old woman, a young woman, a ball of fire, or any number of animals, including dogs, pigs, and horses. The phantom would pop out of nowhere to attack travelers and then disappear before they knew what happened. Panic gripped the area for over a quarter-century. Armed escorts traveled along the Ridge Road, and nobody dared go out alone at night. Researchers have traced the origin of the Ridgeway Phantom to the murder of two teenaged brothers, ages 14 and 15, at McKillip's Saloon in 1840. A group of rowdies tossed one lad into the fireplace, where he burnt to death in agonizing torment. The other boy froze to death trying to escape from the town. From those deaths by fire and ice arose the Ridgeway Phantom. During the same period, strange specters also haunted the Messerschmidt Hotel, McKillip's Saloon, Sampson's Saloon, the Catholic Church, the cemetery, and dozens of private homes. Some say the Ridgeway Phantom departed when the town burnt to the ground in 1910, but others believe he is still out there, waiting in the woods near Mineral Point. The well-documented case has become one of the scariest on record.
(w-files.com, 2012)

(The phantom was seen along Ridge Road between Mineral Point and Blue Mounds.)
(w-files.com, 2012)
Powered by